“What?” Eris glanced over her shoulder then looked back at her computer screen. She cursed and hit the back button. Her momentary distraction had made her hit the wrong key.

“Yes, Brian, I’m listening. I’m a woman, which means I can multitask. What do you want?”

“Connie is going on an estimate run tomorrow, and I need you to go with.”

Eris shook her head. “Not happening. I’m stuck in the middle of this database.”

She stopped typing and looked at him, giving her boss her best disapproving stare.

He held up his hands in surrender and backed up a step. “Yeah, yeah. You’re right. Stupid question.”

She nodded and went back to her typing.

“Everyone else is busy, and I like one of the appraisal team members to be with the agent when they do estimations. It makes the clients feel a little more at ease if they meet the people who will be handling their precious babies.”

“I agree with you.” She stopped typing and thought for a moment. This project was nearly finished. If she stayed late, she may be able to pull it off. “How about this? You authorize some overtime, and I’ll get this done tonight. That way Connie won’t be solo tomorrow. Deal?”

“You got it. Thanks, Eris, you’re a lifesaver.”

She smiled at him. “Which flavor?”

“All of them at different times. You’re sure you’ll be done in time?”

“I’d be done sooner if you would leave me the hell alone.”

Brian laughed and walked away.

The man was a great boss but a little clueless sometimes. She smiled over her shoulder at his retreating back. She’d gotten overtime while making it seem as if she was doing him a favor.

Accompanying Connie on the appraisal trip to assure a panicky client that their precious possessions were perfectly safe was a small price to pay if Eris could get rid of her current client a day earlier than she’d planned. The man had contacted her at least three times in the last two days. He’d told her over and over about the importance of the database, hoping it would speed up her pace when all it did was slow her down.

She looked at her watch. “Ten minutes.” She could get in a few more entries before lunch.

She smiled but didn’t look back at Clayton or stop her typing. “No. I’ve got ten minutes before my lunch starts.”

“Clayton, this is important.”

“Are you gonna finish in ten minutes?”

Clayton grabbed her arm and pulled her.

She latched onto the desk with one hand as she continued typing with the other.

“Eris, let go of that keyboard. The work will be here when you get back. Let’s eat.”

She typed in the last of the data, hit enter and the computer beeped as the information was committed. Letting go of the desk, she swiveled her seat around so she faced Clayton with a smile. “Hi.”

While dapper and very handsome in his suit, his dyed-black, spiky hair somewhat marred Clayton’s corporate appearance. His hair was originally dirty blond, but he liked the darker look so he could appear moody.

Clayton kissed her upturned lips then pulled on her arm. “Me hungry. Want food now.”

“Ass.” She laughed and followed him.

Half an hour and a filling lunch later, she returned to her desk. “Back to work,” she said to get herself psyched up for the coming monotony.

She loved her job when she wasn’t creating a database for a client who’d decided a month after the appraisal team finished that he wanted a catalog of his collection—something that was much easier to create during the appraisal process.

Thanks to her overtime though, she only had a few more hours and she could politely—and in a professional manner—tell the client to never call her again. That was something she looked forward to.

She clicked the mouse on the project file. While she waited for it to open, she stowed her purse and got herself situated at her desk.

She looked at it then frowned. “What do you mean file not found, you piece of junk?” She clicked the icon again, and the same message appeared. “No, no, no, no! Don’t do this to me. That was a day’s work you just ate.”

No matter how many times she clicked the icon that had worked an hour ago nothing happened. The computer refused to open the file. Normally, she would have backed it up to her laptop, but Clayton had yanked her away and backups were a before-she-left-for-the-day type of thing.

“This can’t be happening. All that work.”

She called the computer technician and waited frantically for the woman on duty to come to her rescue. It took the technician forty minutes to tell Eris the file never existed in the first place.

“Yes, it does exist,” Eris said in a voice she tried to keep from sounding frantic and annoyed. “I was working on it all yesterday and most of this morning. I have the beginnings of it backed up on my laptop.” Eris snatched up her laptop case and booted the computer to prove her point.

The technician said, “Well, the company desktop just ate what you did today. My only suggestion is to upload the file from your laptop for last night’s data and redo today’s. I wish I had a better solution for you.”

“Here. See?” Eris clicked the icon. Her laptop made that annoying error noise and gave her the same message as the computer.

Without permission, the technician took the laptop from her and repeated her earlier search. “Same thing over here. There’s nothing there.”

“I’m sorry. The file must have gotten corrupted.” The technician handed back the laptop with an apologetic expression. “Looks like you’re starting completely over.”

Eris let her head fall against the back of her chair and resisted the urge to chuck her laptop across the room. It was an expensive laptop with a lot of data on it that she needed. Not to mention, she might hit someone.

“Fine. Thanks for coming out,” she mumbled.

“Wish I could have been more helpful. Good luck.” The technician walked away.

Eris waited until the sound of the technician’s footsteps receded before she looked at the phone. “Ugh.” She dialed Brian’s number and then explained the situation to him.

“Tech support couldn’t get it back?” Brian asked.

“Nope. She was just here and nada. Even if I stay all night, there’s no way I’m getting done in time to go with Connie tomorrow. Sorry, Brian.”

“Not your fault. Don’t worry about it. Connie’s a big girl. She can go on her own. It would have been better with you there, but we’ll deal. You do what you can with that file.”

“Please. I don’t want to deal with him again. I already feel crappy enough.”

Brian laughed. “You concentrate on that and I’ll make sure the client understands and doesn’t call you personally.”

She grumbled under her breath as she hung up the phone.

“This sucks!” She kicked the edge of her desk to add emphasis to that sentiment. That was the extent of her pity party. She retrieved all the hard copies she’d filed and dropped them near her keyboard.

She eyed the computer for a minute. With her fingers crossed, she tried the icon one more time.

The error sound mocked her, and the accompanying gray message box was like the computer sticking its tongue out at her.

“I hate you,” she whispered to it before starting her project from the beginning. 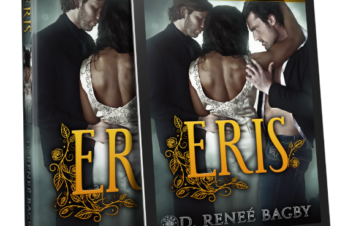